A high school student turned her classmates loose in the wild to teach us all about nature, engineering, and ourselves.

This is one of my favorite Open-Source Learning memories, from a post I originally published on a course blog. dp

The Call to Adventure 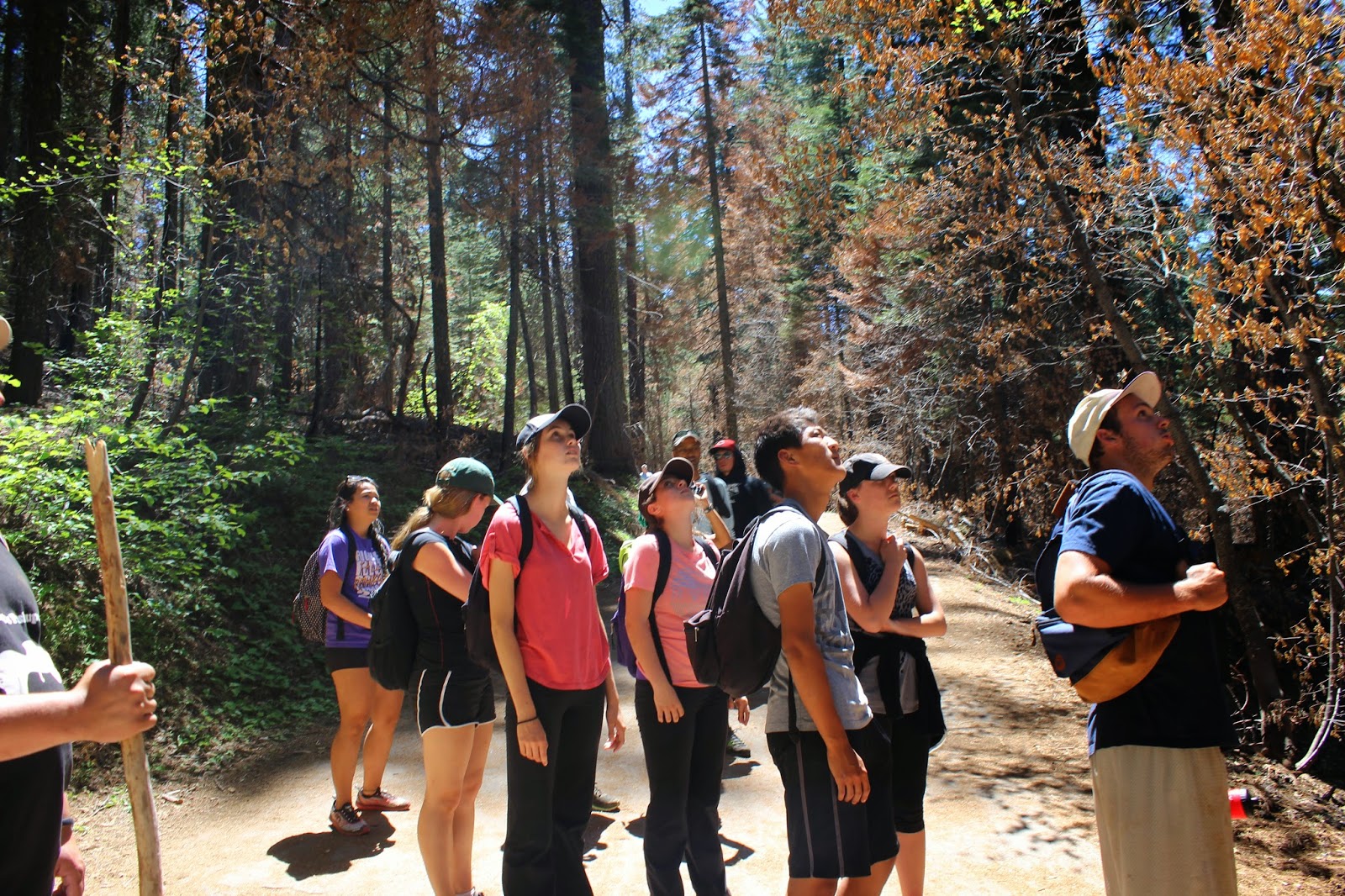 But sometimes it’s hard to see the forest for the trees. 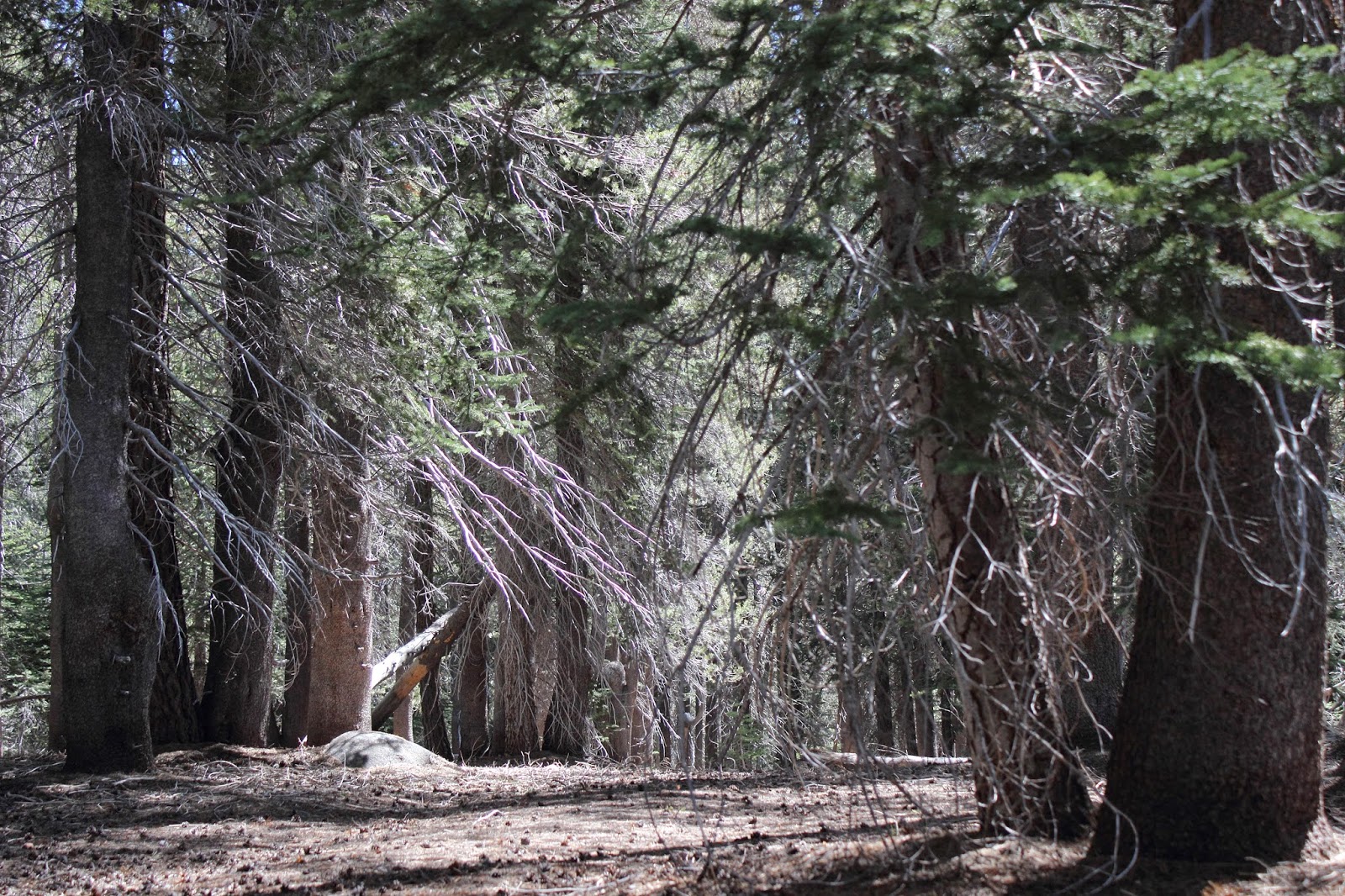 Especially when you’re stuck in a box. 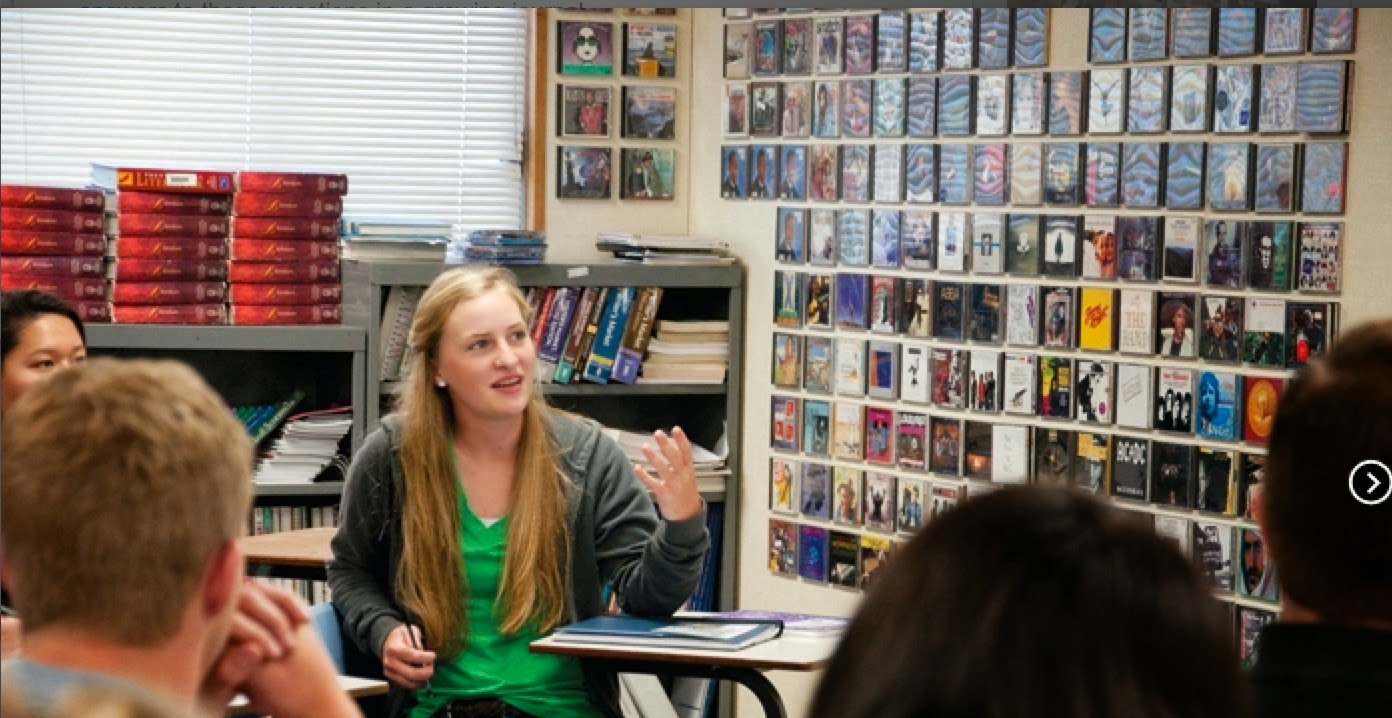 In the moment she proposed her Masterpiece Project I began to see Melissa differently.  Yosemite has been her passion since her Dad started taking her there when she was about my daughter’s age.  Mark and I share some important values– Sunday morning pancakes are rituals in both our homes — and we both said yes to Melissa without hesitating. 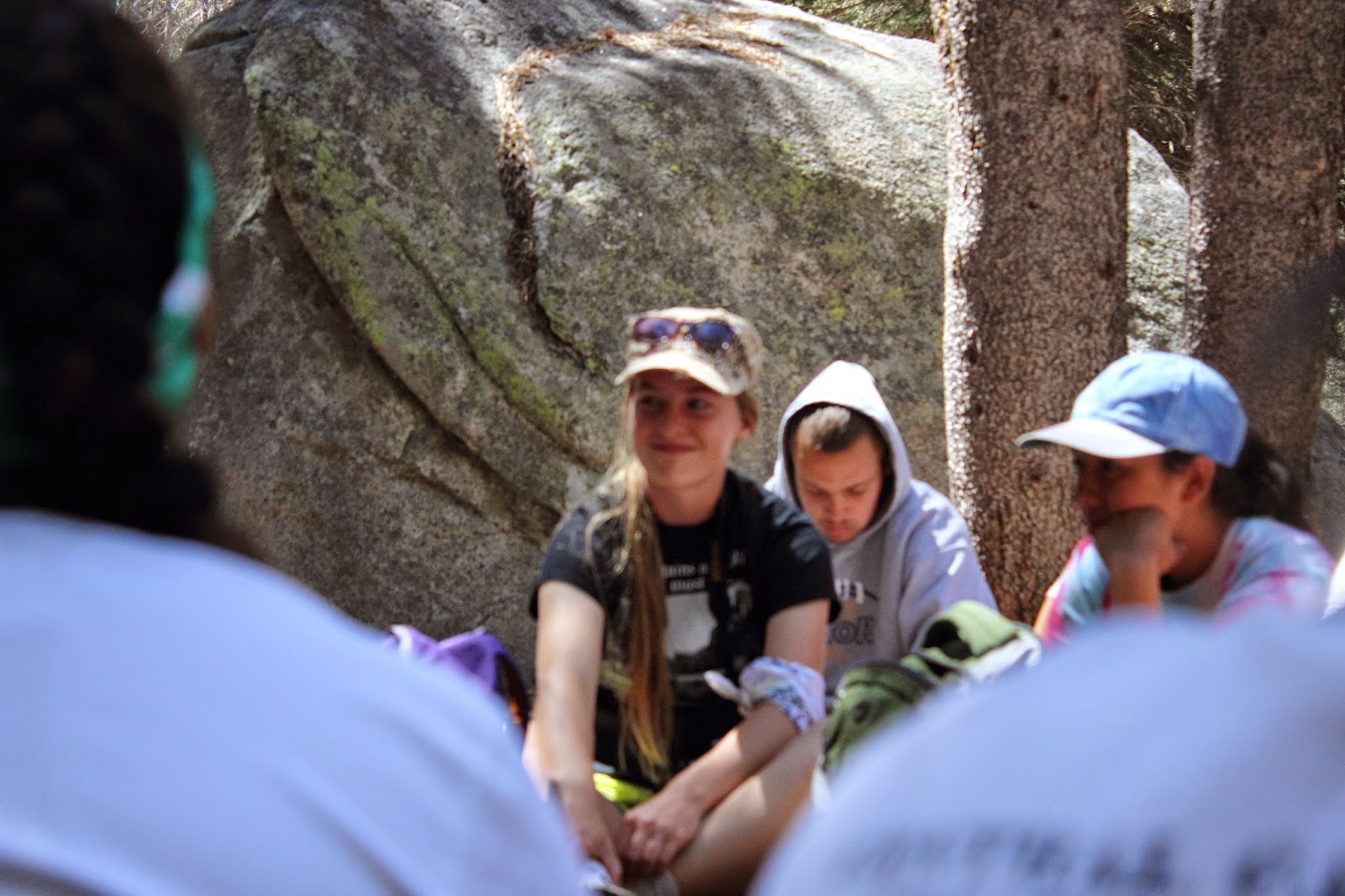 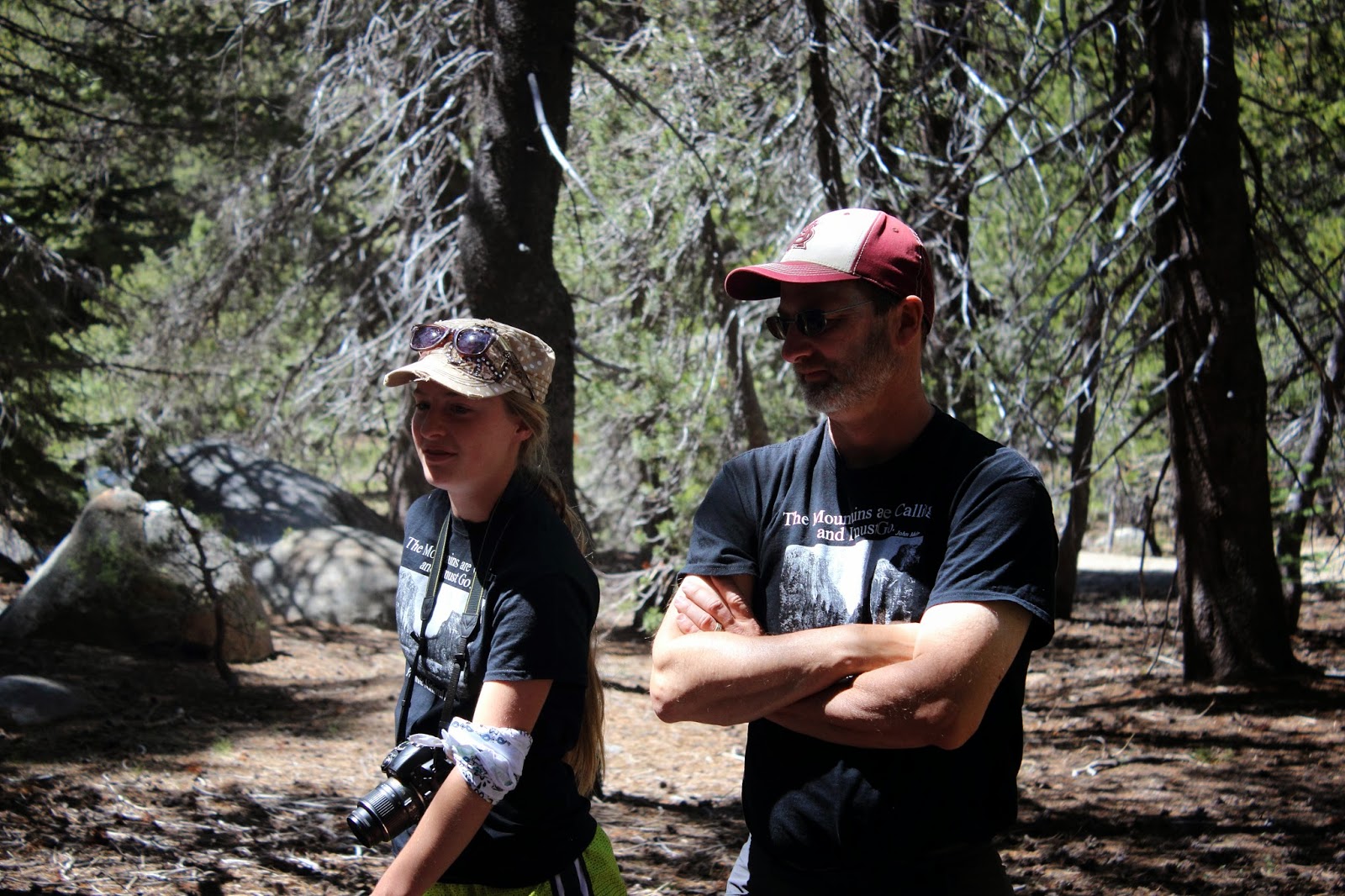 That was the last major decision Mark and I made.  Melissa handled every aspect of fundraising, logistics, communication, budgeting, and paperwork–she did everything except carry our bags.  Her enthusiasm and professionalism made an immediate impression on NatureBridge, the organization she contracted with to provide accommodations and our education/activity program. 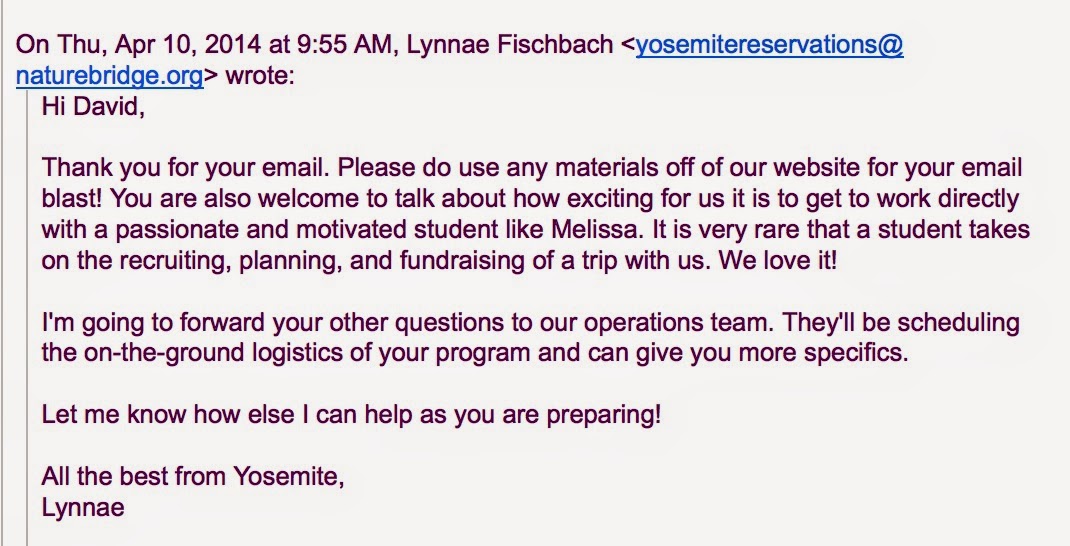 The fact that a teenager did this was considered newsworthy.  Literally.  Central Coast NBC affiliate KSBY-TV featured the story on the evening news and The Santa Maria Times reported on it here.

Melissa’s Masterpiece originated with Yosemite and engineering, but the value she wanted to share through the expedition was that simply spending time in Yosemite can transform a person.  She went to great lengths to prove the point.  Even though she is saving for college, Melissa and her father trusted our community enough to pay the contract in full and up front.  We reciprocated by contributing our shares, following Melissa’s instructions, and eventually following her into the
woods. 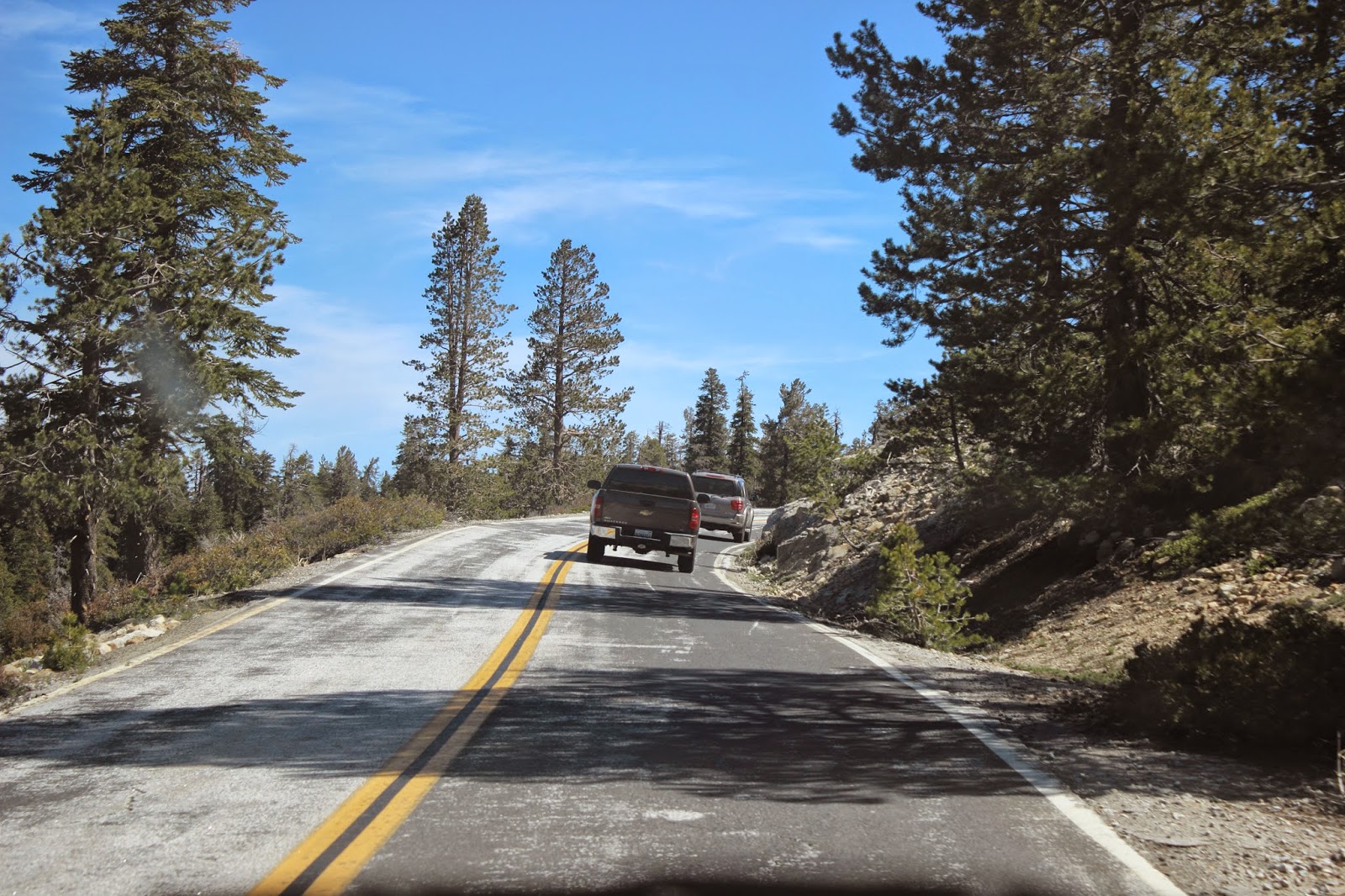 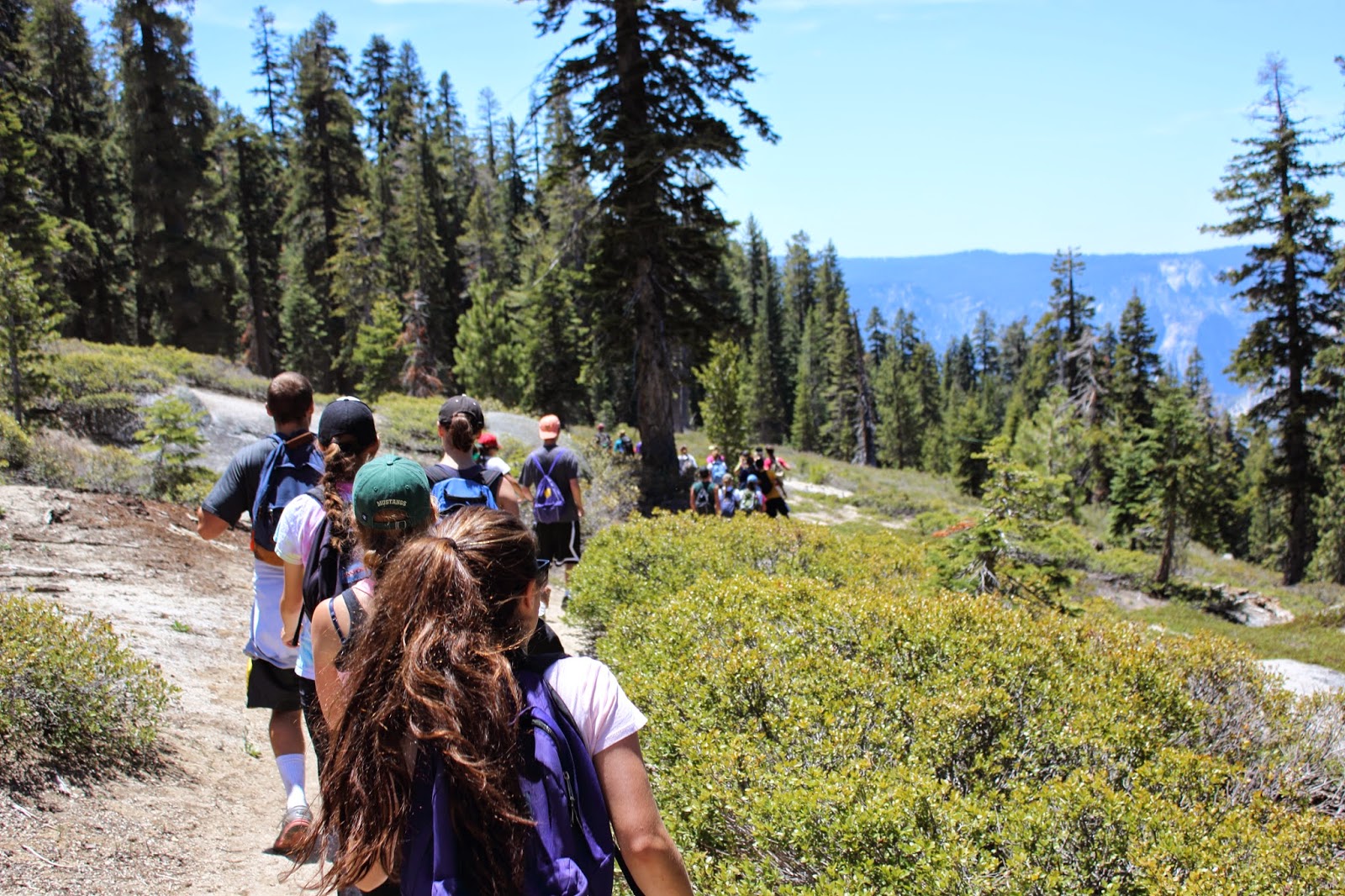 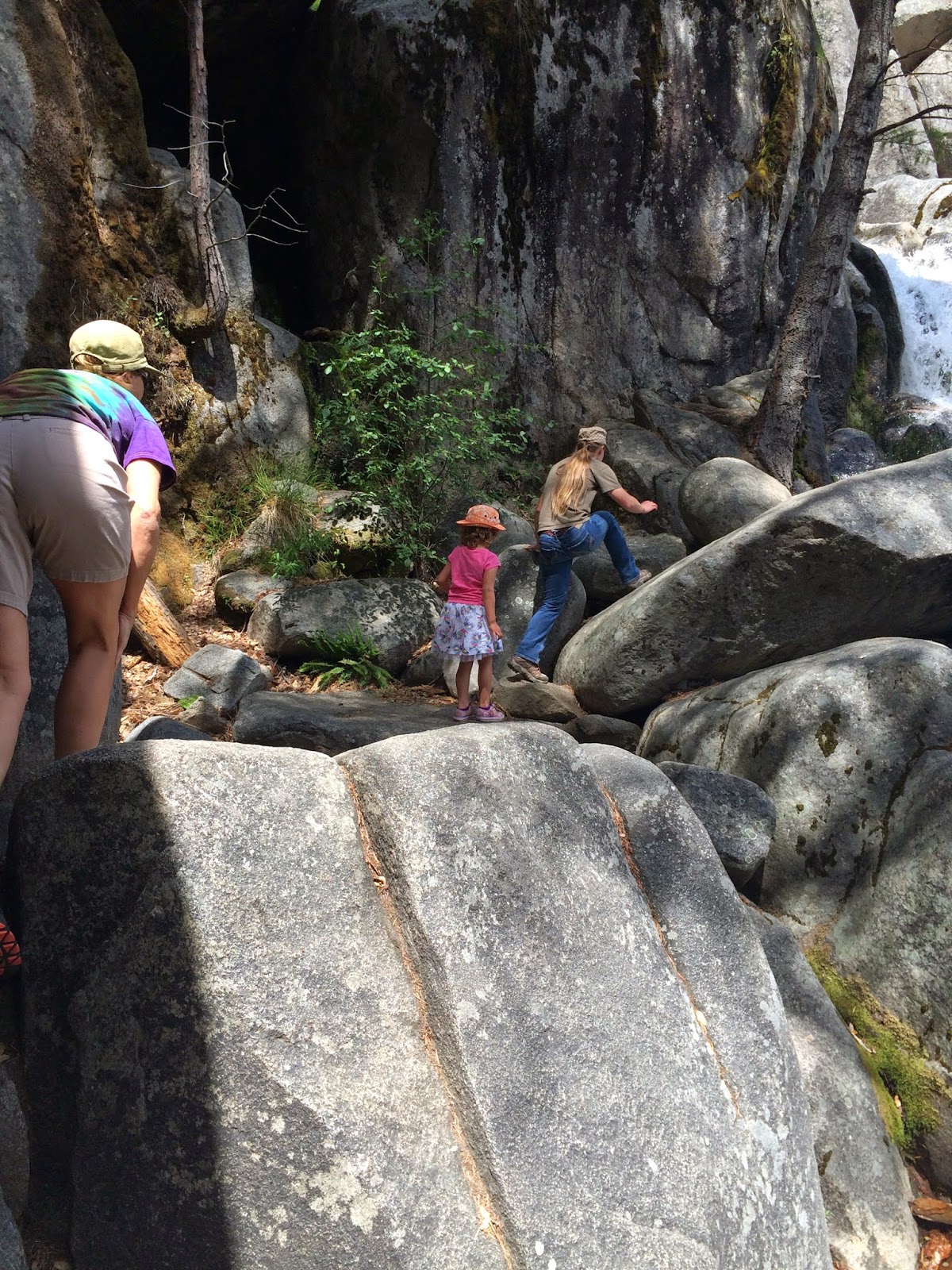 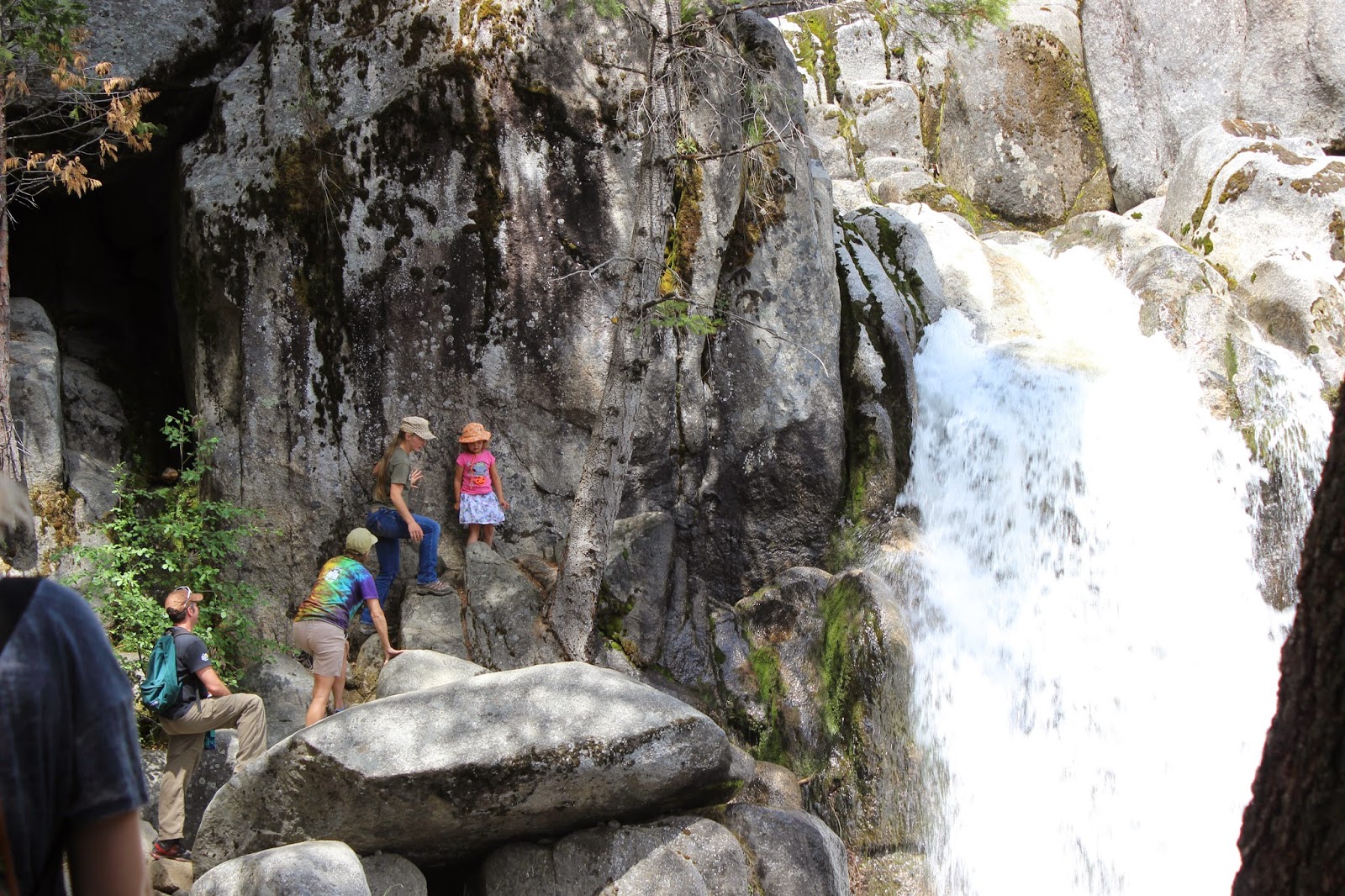 NatureBridge’s Deeps and Christina collaborated with us in many of the same ways we have practiced working together this year.  Instead of a rigid, one-size fits all approach, they offered us choices.  They were open to input and they asked for direct feedback. 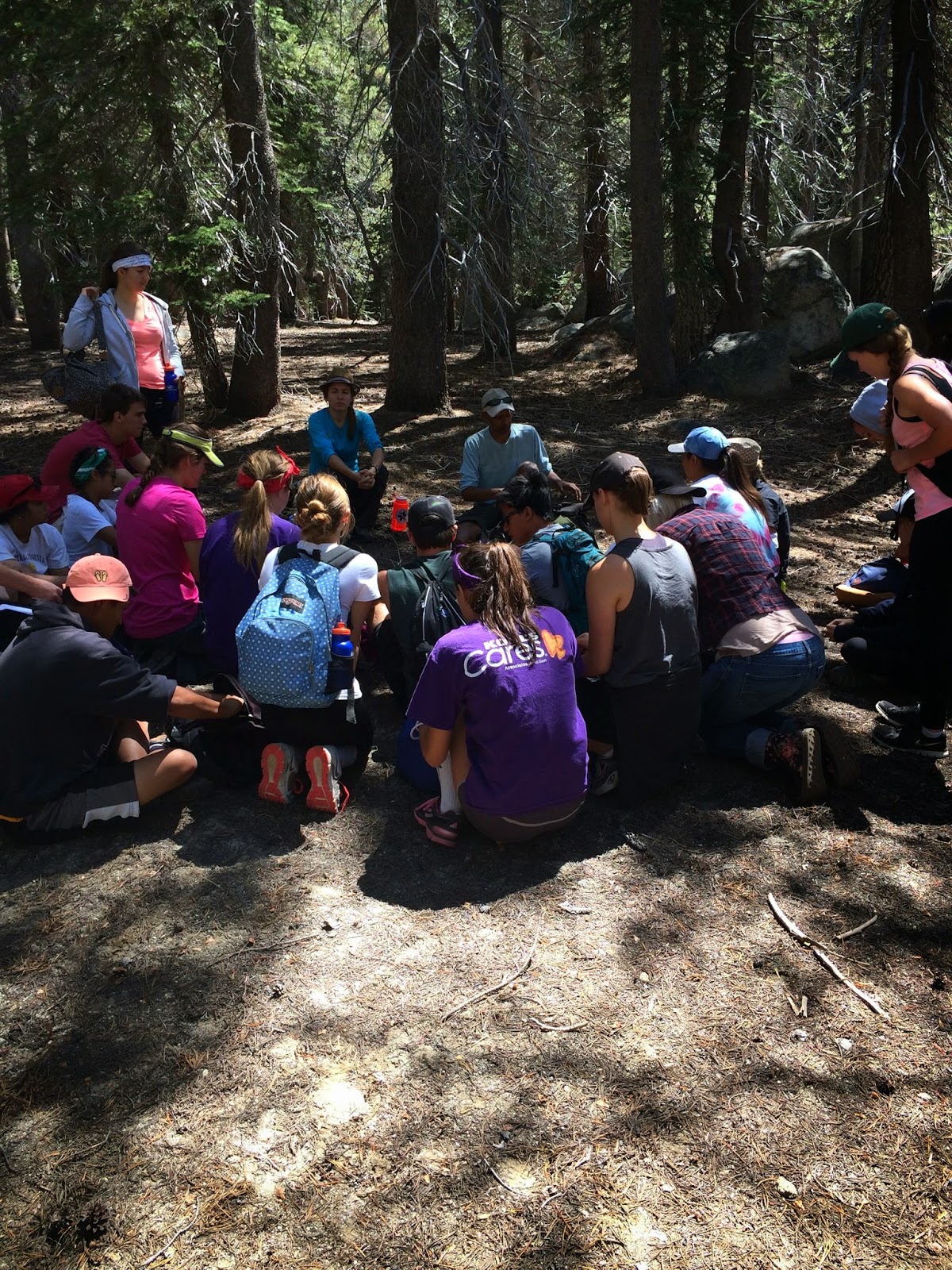 We hiked in two groups.  I was one of Deeps’ Peeps– we took until the last day to name the group because the name had to be right and none of the earlier suggestions fit.  Deeps is a masterful facilitator, an expert naturalist & squirrel mimic, and a wise storyteller who knows an impressive range of poop jokes and has: won a buffalo wings eating contest in Montreal; walked the Mount Kailash Kora with his parents, where he underwent a shamanistic treatment that totally confused him but made his back feel better; won a poker tournament in New Zealand; and placed second in an NBA Jam video game tournament.  During the time I spent with him he also put “Rooster Sauce” on nearly every food source that wasn’t a perfectly melted marshmallow. 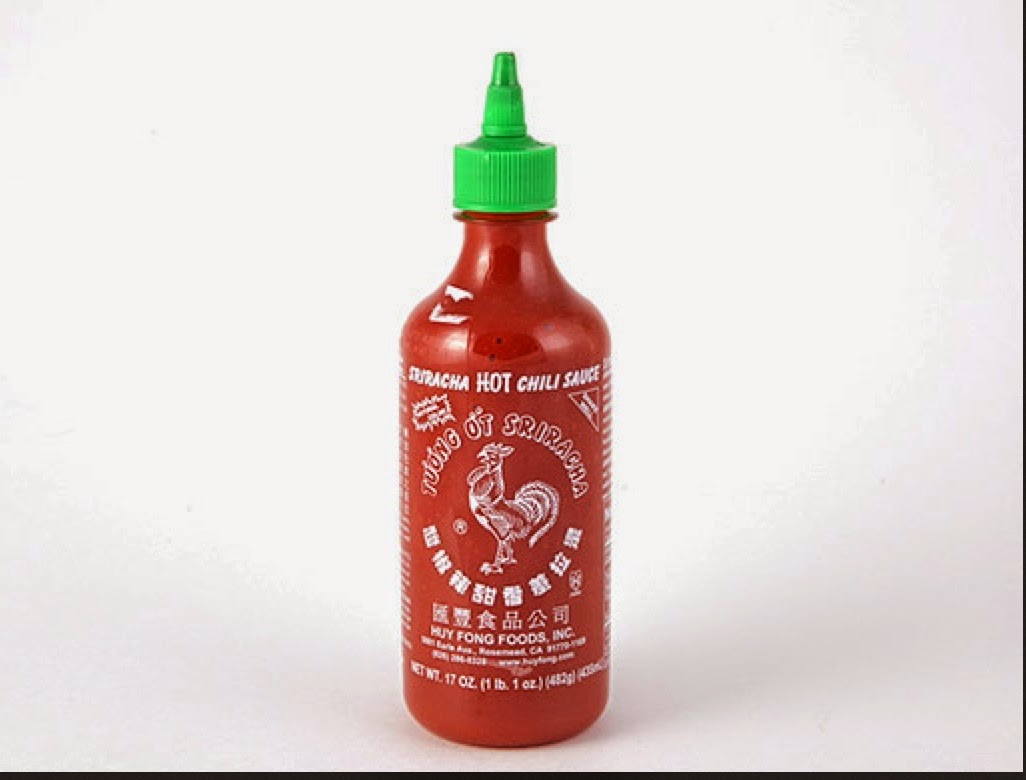 Deeps’ Peeps quickly established a language all our own (I’ll never think of “email” or “download” the same way again) and we engaged in semi-spontaneous random acts of kindness like the rainbow tunnel (“Free Hugs” in the video is Josh, our other chaperone.  He’s an old family friend of the Stellers and it was great to meet him.  I got a free hug and it was outstanding.)

Not being in the classroom meant I got to participate.  I watched in amazement as Deeps’ Peeps grew into a closely-knit team.  For a blazing 1.2 seconds of pure Awesome, this group outperformed any other I’ve ever seen. 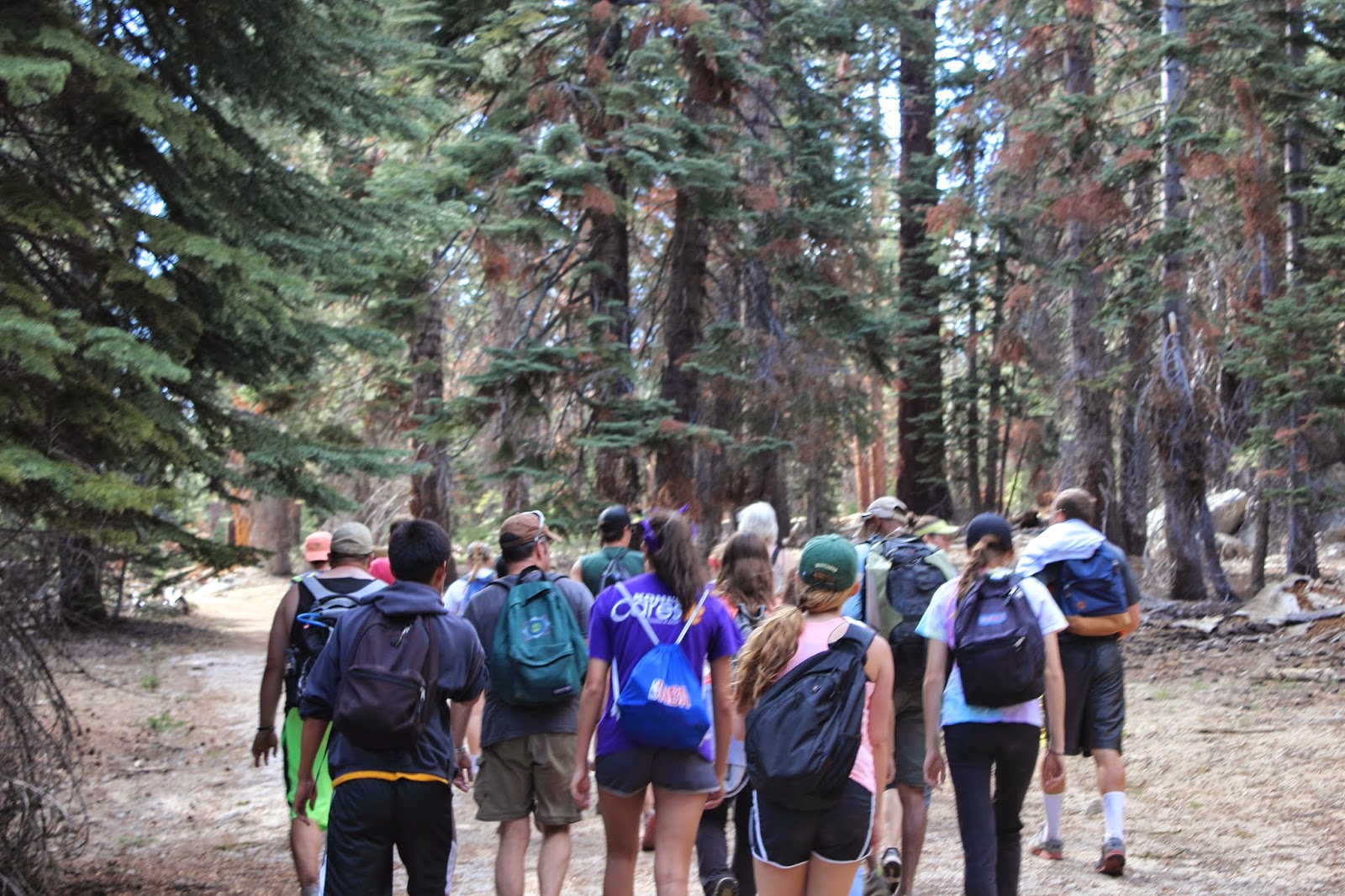 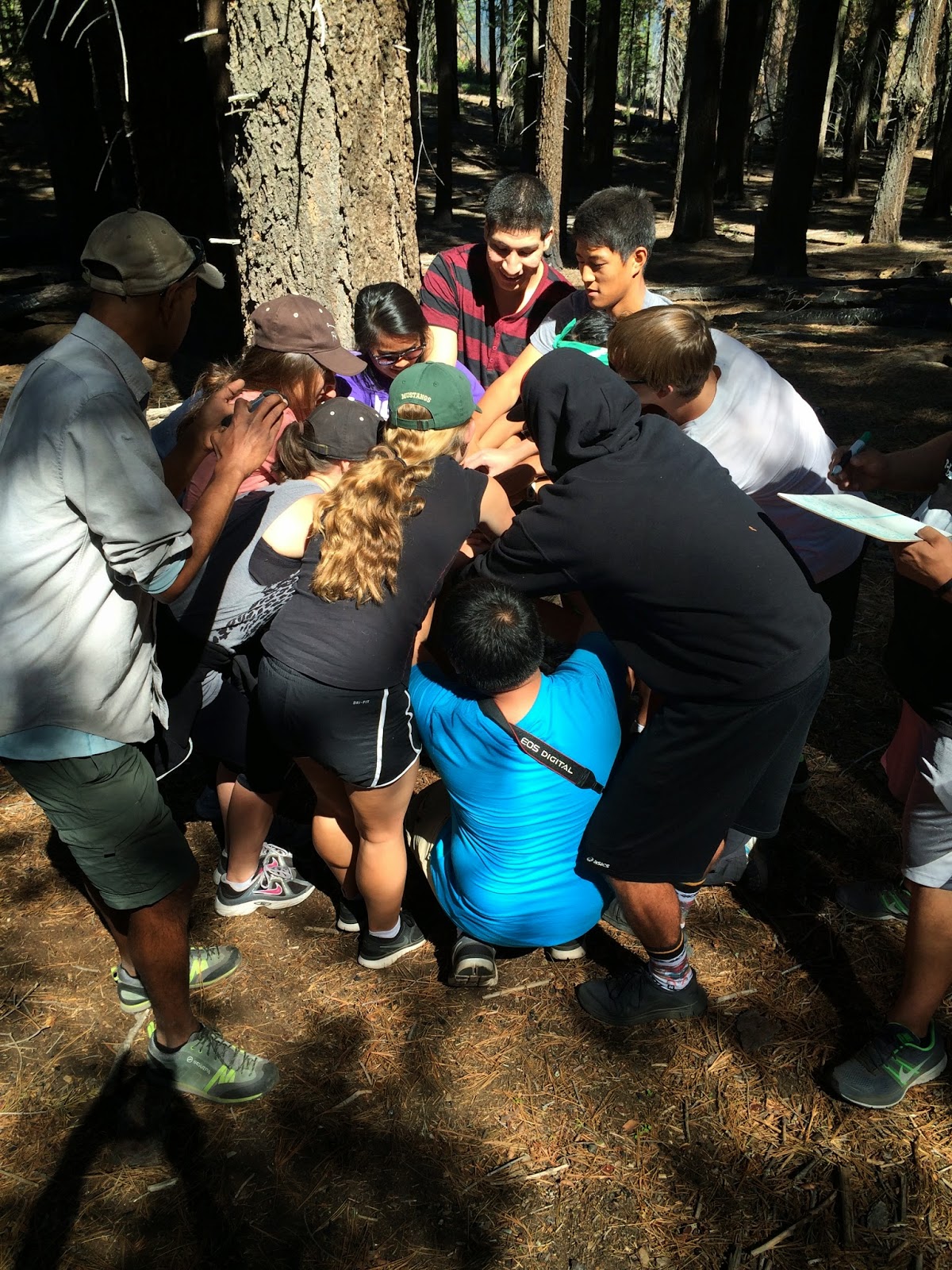 In between shared triumphs we sat quietly with our own thoughts. 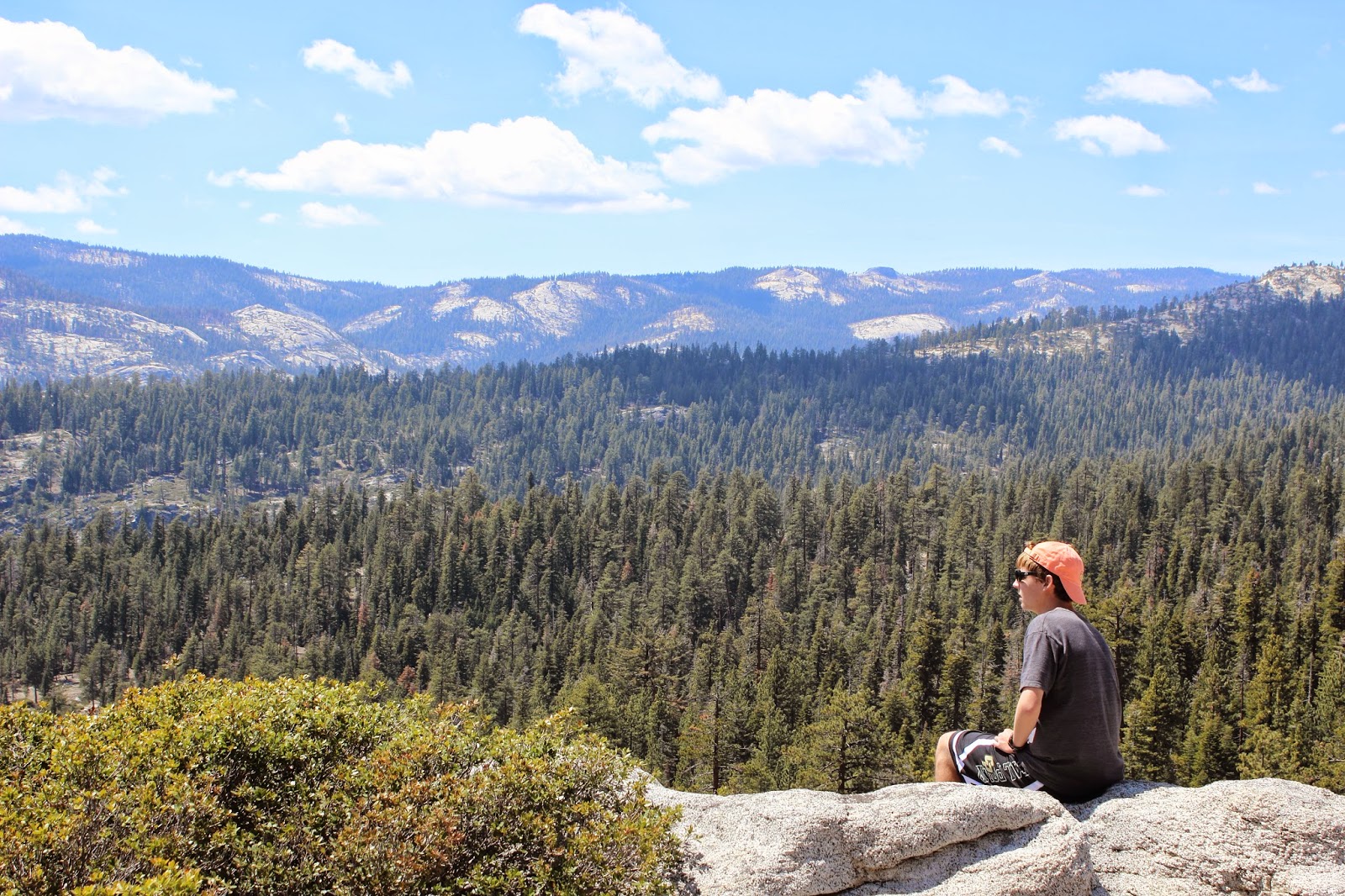 We looked at things differently.  As Edmond would later report in his Masterpiece on thought, perspective, & writing a novel: “The way you look at things changes the way you think about them.” 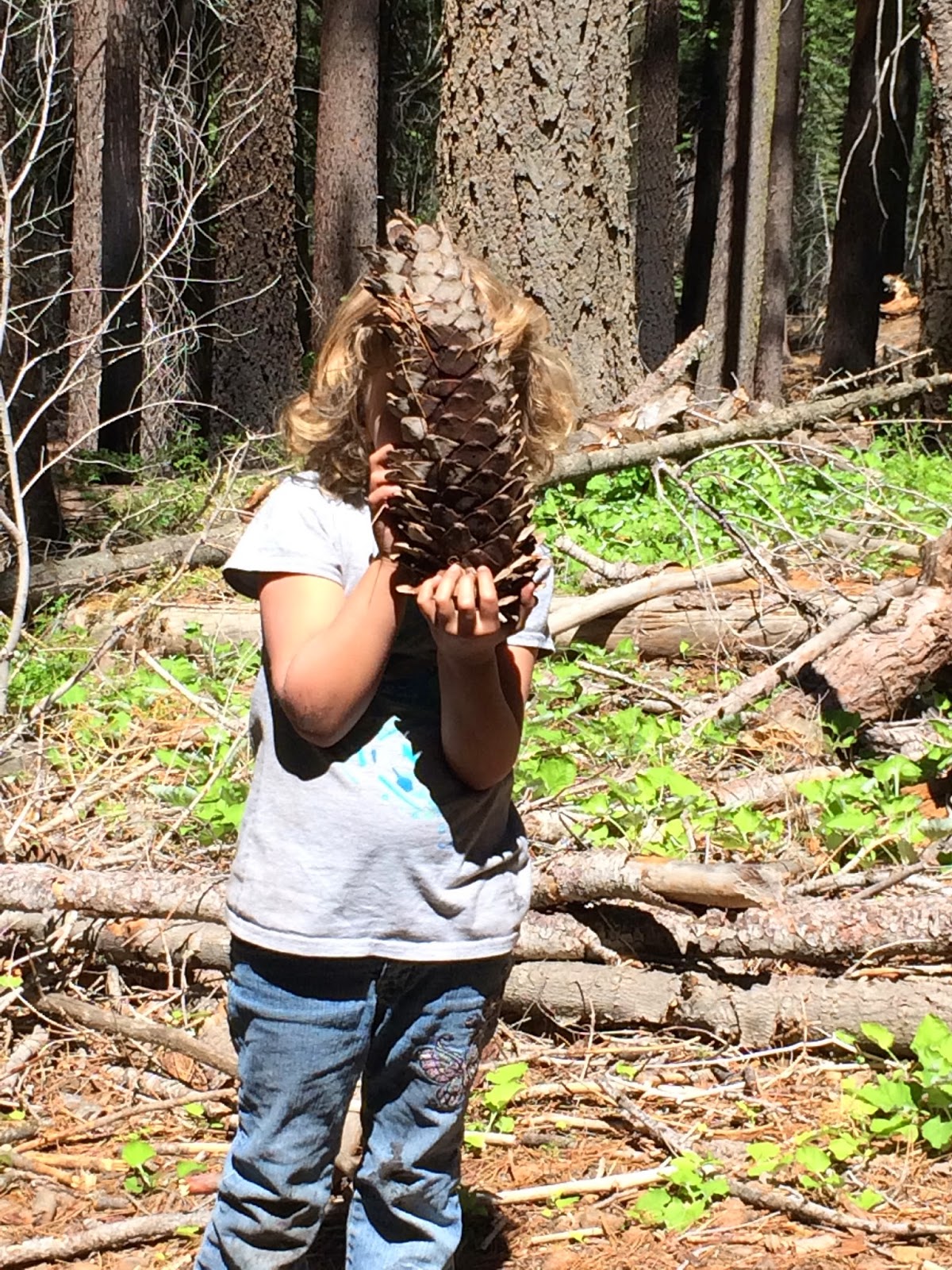 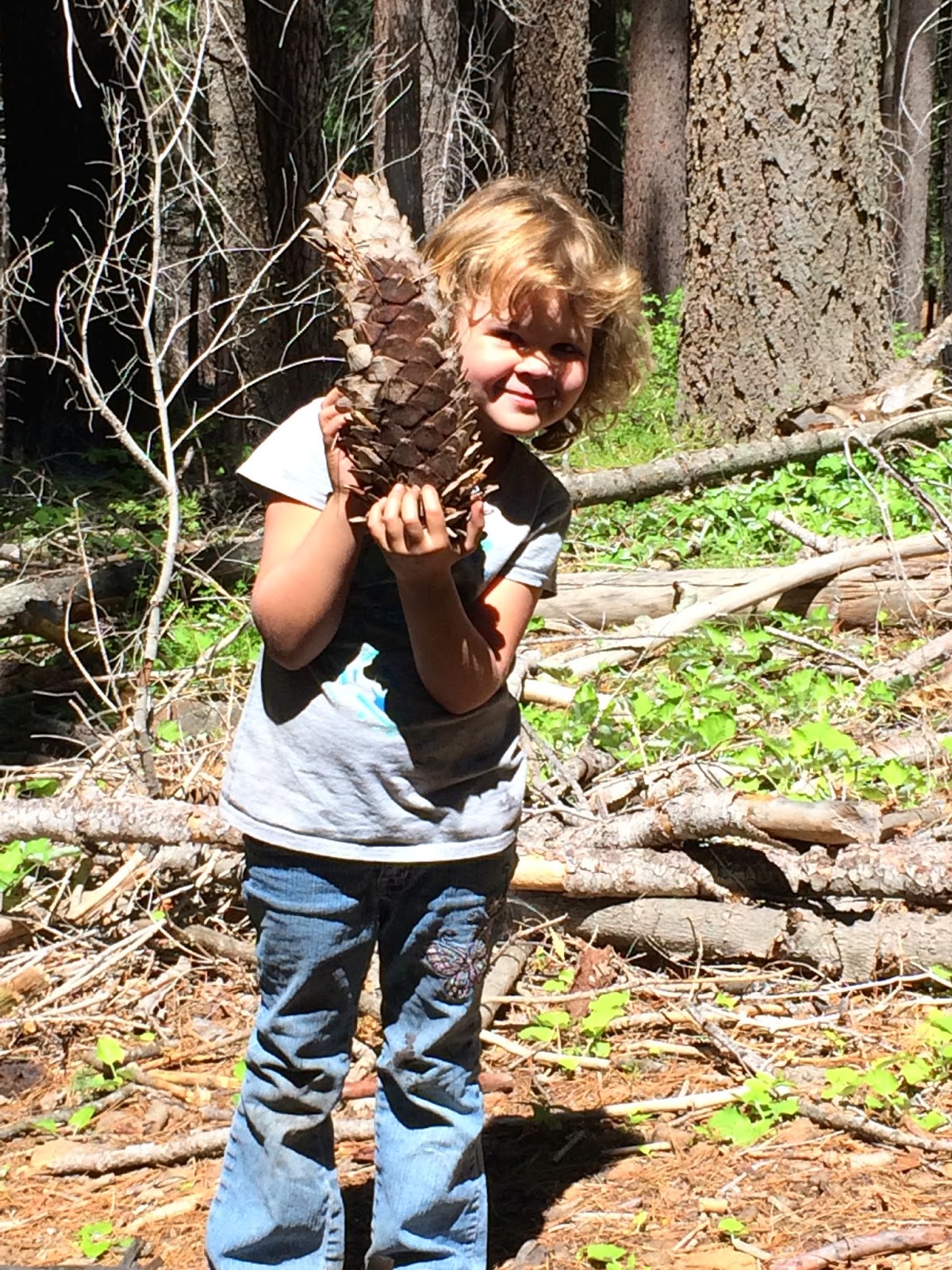 We used technology purposefully, to see and share better. 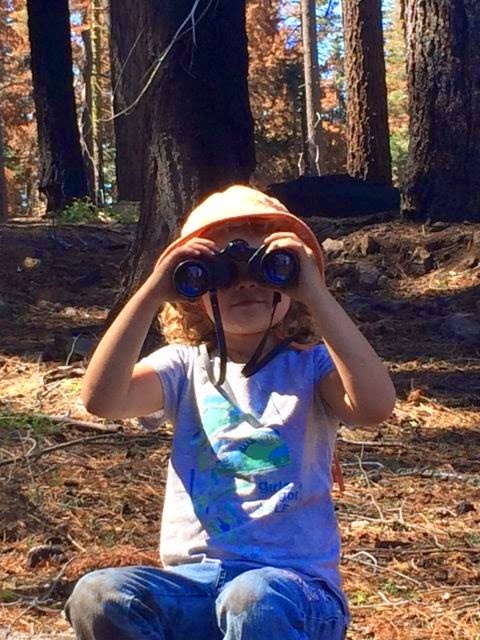 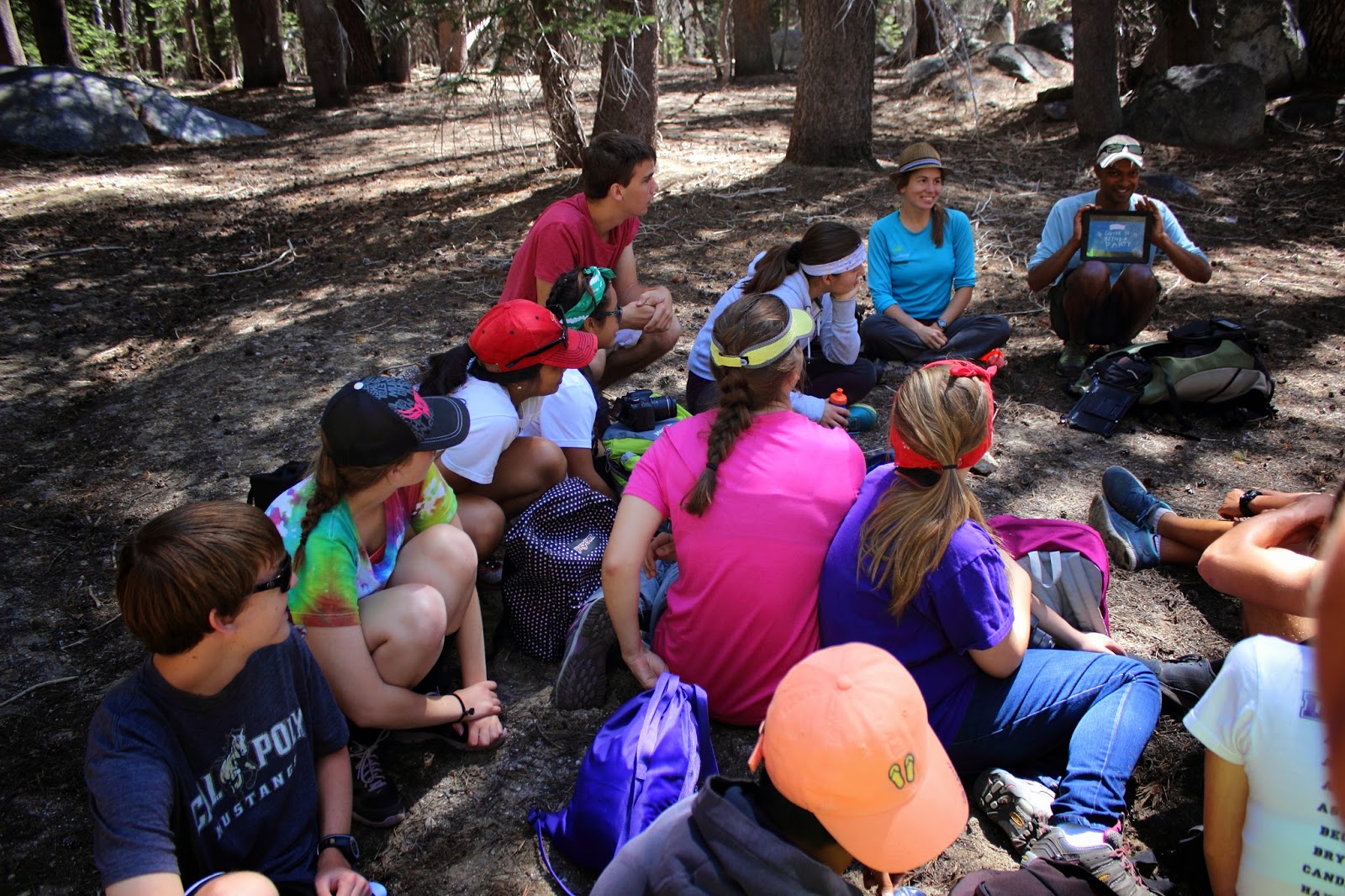 We learned from each other and we taught each other (whether we knew it at the moment or not). 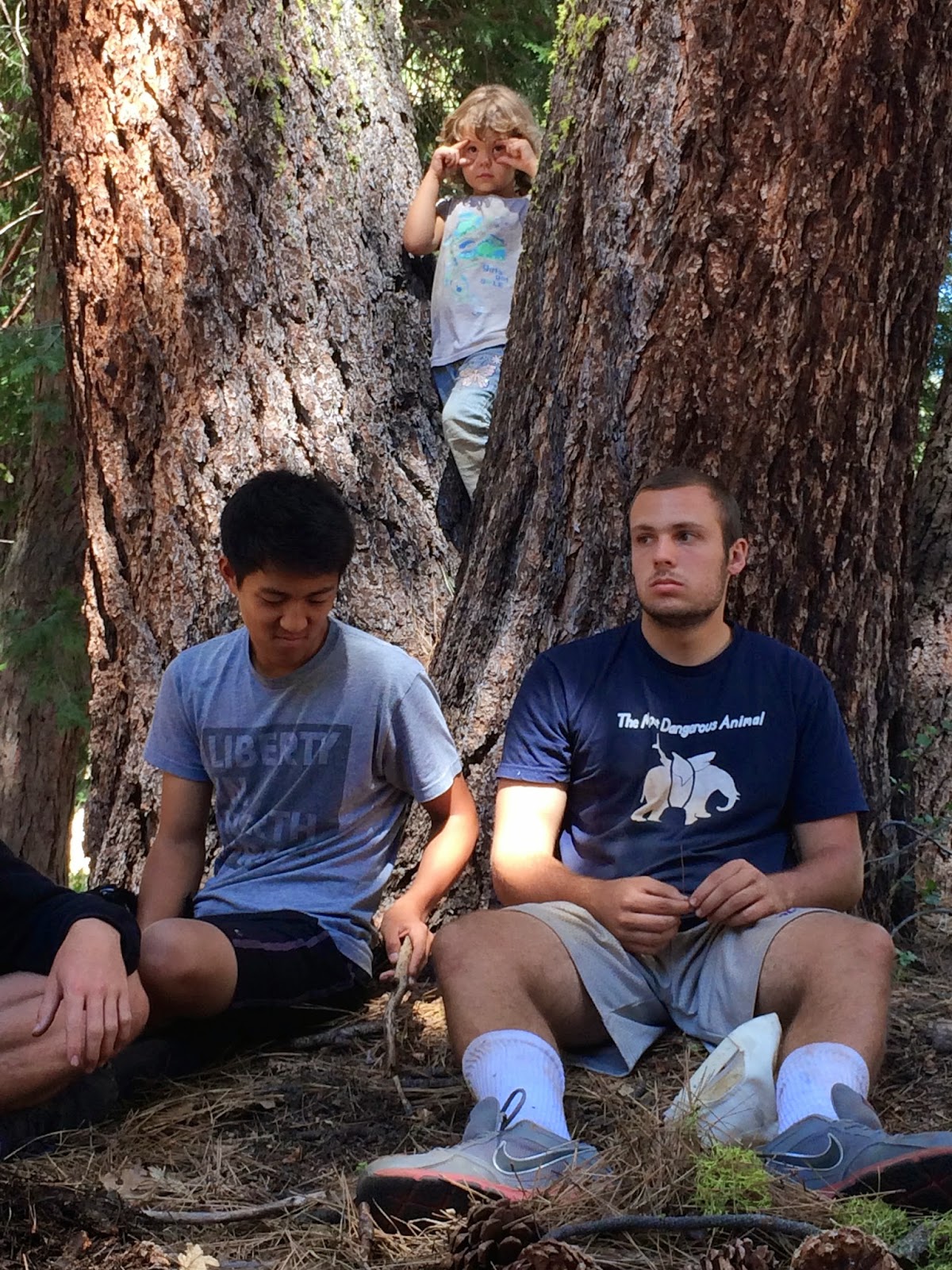 We hiked nine miles round trip to North Dome, where someone asked if we were hungry for lunch. Jacob replied without turning his head: “What do you wanna eat for when you can feast on this delicious view?” 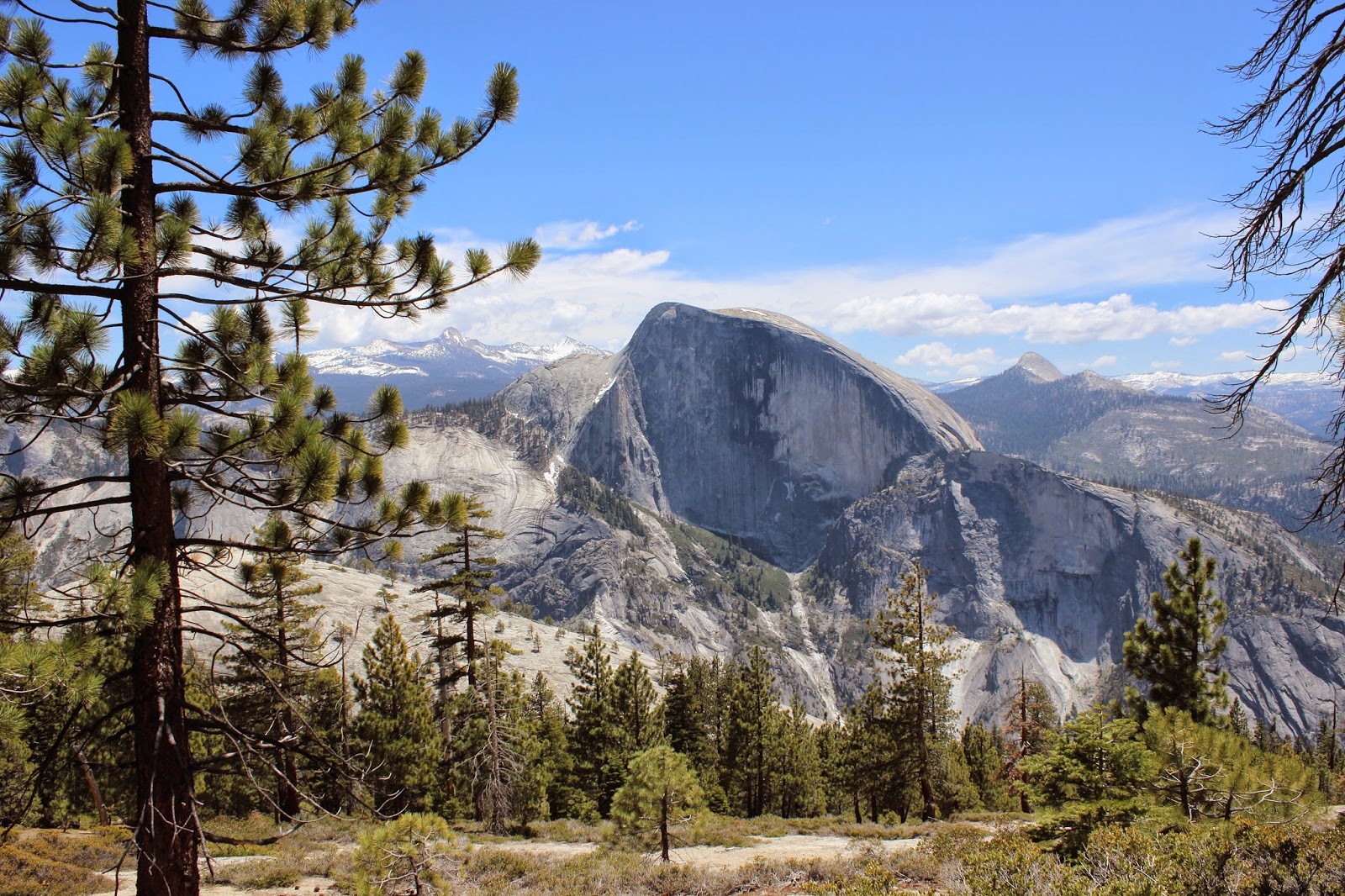 As great as it is, the view of Yosemite–and our world in general– is even better when we answer its call and begin to see ourselves as part of it. 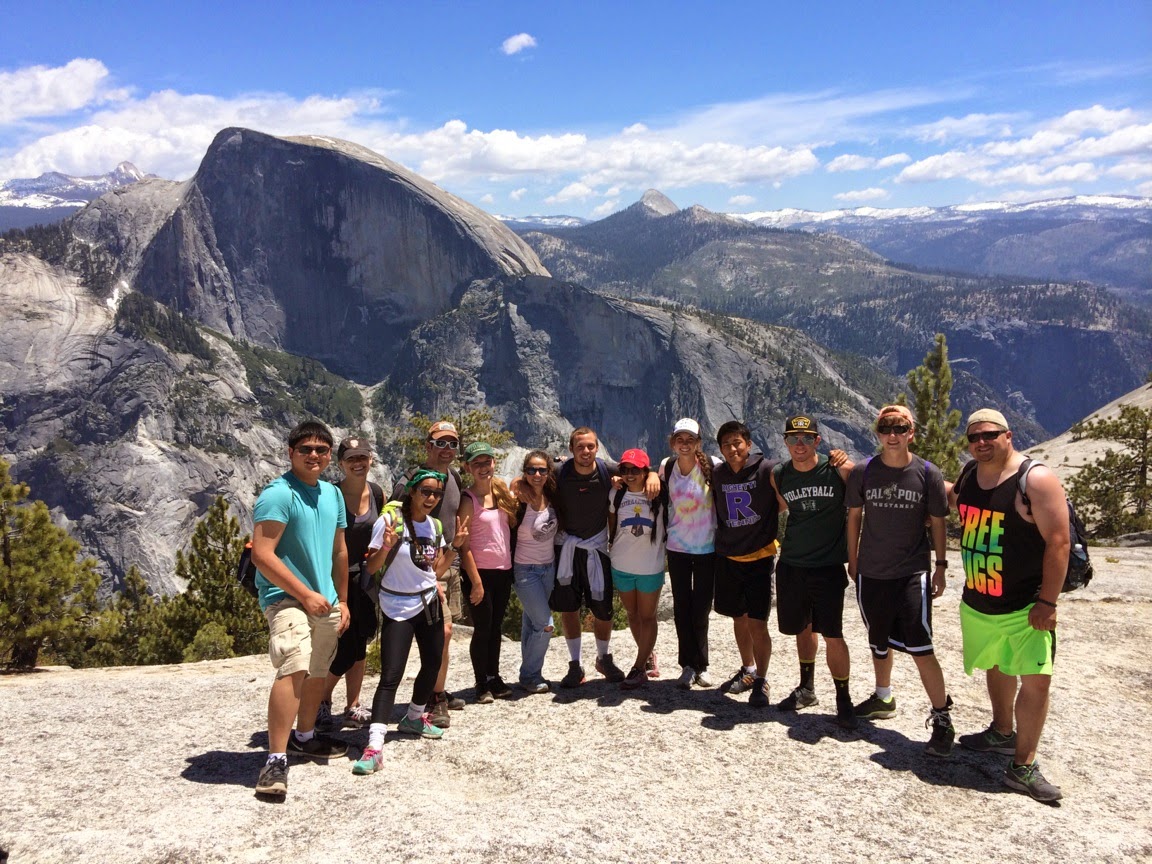 It’s about how the people in the forest–and the desert, and the city, and the semi-rural coastal community, and anywhere else we find ourselves–are connected in a larger ecosystem, and how being mindful of this leads us to become more humble, grateful, invigorated, fulfilled, successful stewards of our selves, our relationships, our shared future, and a home that provides the rich life we so often take for granted. 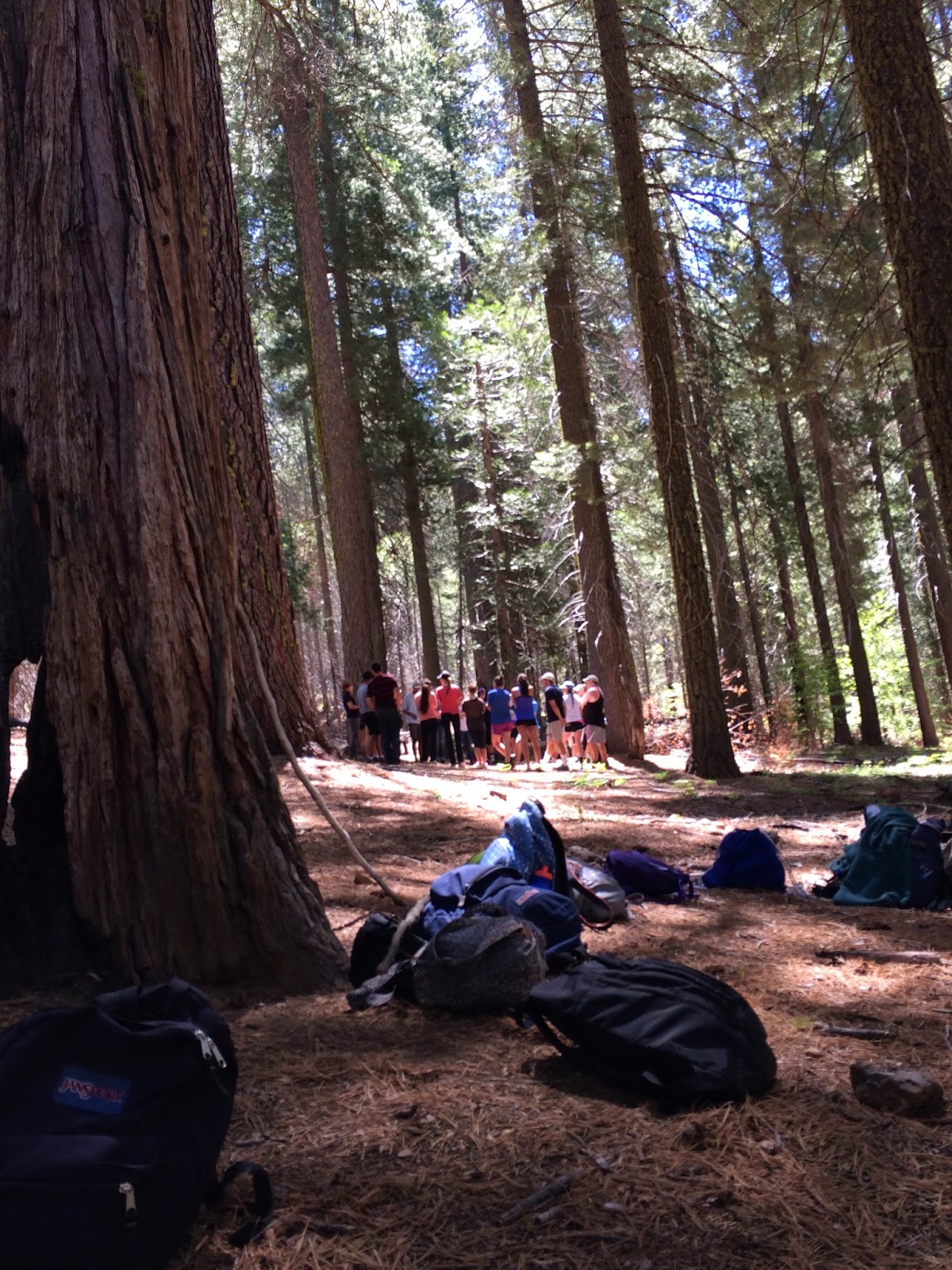 It’s also about open-minded discovery.  I didn’t know this ant was edible until Deeps told us.  Then I ate it. 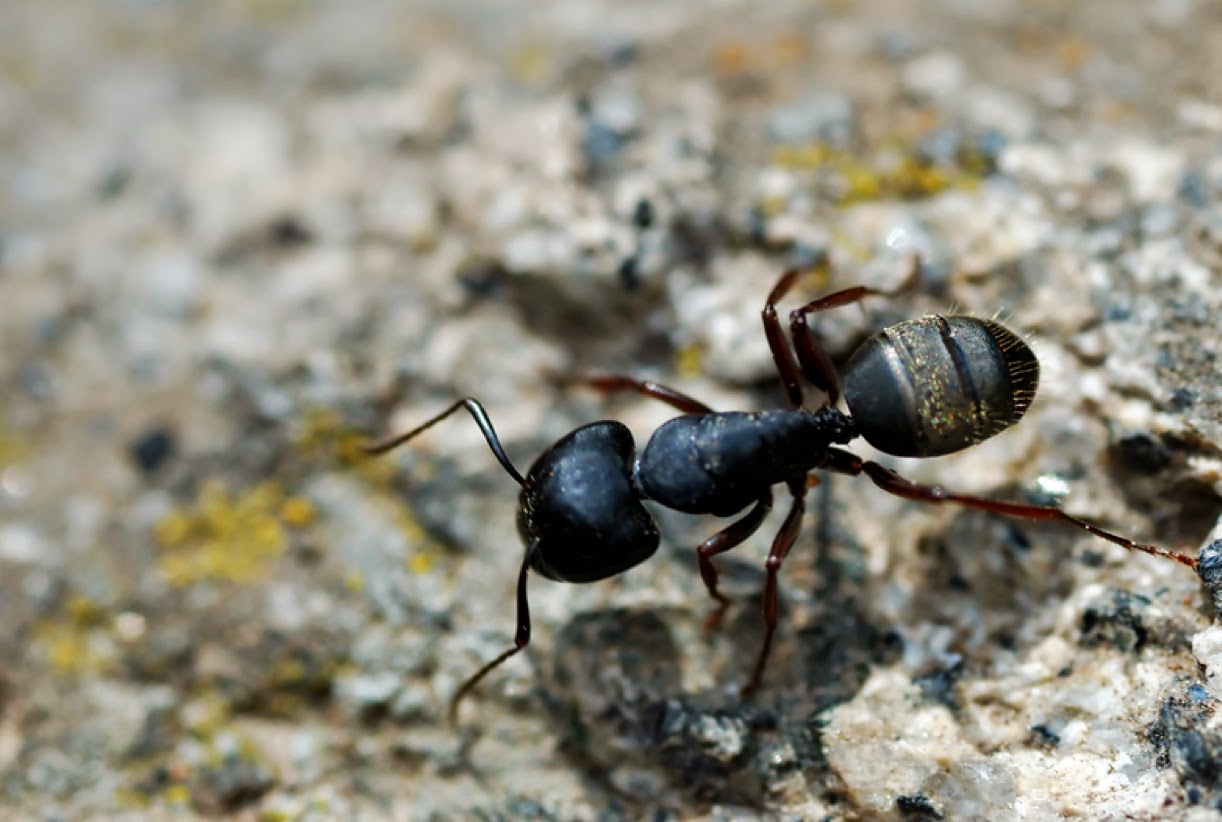 We learned from each other and we taught each other (whether we knew it at the moment or not).

The Big Picture: How Our Learning Impacts Society & The Future

The very first document I shared with these students was a memo that attempted to frame this course of study as a Campbell-esque Hero’s Journey.  It’s the one thing I’ve done about the same way every year since I started teaching high school courses more than 10 years ago.  The reason I’m thinking about it now isn’t actually the hero’s journey.  It’s what Campbell said about the whole point of the hero’s journey and our existence in general:

“The goal of life is to make your heartbeat match the beat of the universe to match your nature with Nature.”
―Joseph Campbell 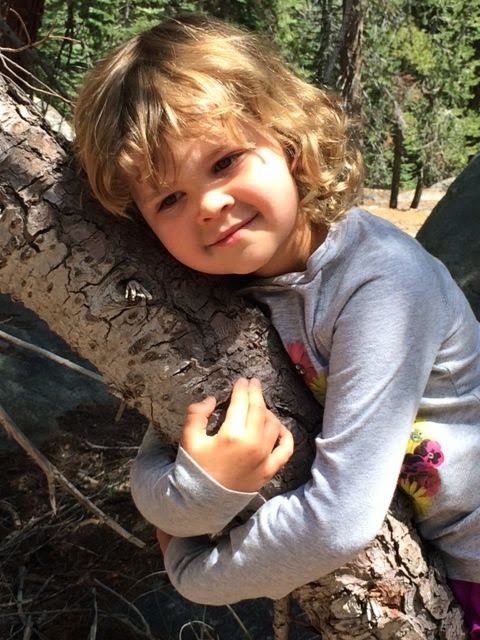 To preserve this value in our culture, Deeps (“Deeps! Deeps! Deeps!”) reminded us that it’s not enough to have experiences.  We must tell our stories.  Telling a story in a way that make sense requires reflection, analysis, and evaluation (a.k.a. learning).  Deeps’ comments reminded me of our early conversations about the value of documenting your thinking for a wider audience.
The paper assignments you once turned in were read by one person, graded, and then crumpled in a binder or backpack, forgotten to history.  The blog posts you write today create value for you and everyone who sees and shares your work online.  This goes way beyond literature (as those who hacked their blogs to include personal interests like physics have clearly demonstrated :).
Although Yosemite is an amazing place to connect with these ideas, this story is also not just about one national park.  Relatives, friends, employers, policy makers, and the public should know that students can create their own interdisciplinary paths of inquiry, that it’s essential to learn in nature, and that a single teenager can change lives by connecting an entire community with our natural heritage in a way that teaches us something about ourselves, our learning journeys, and the world around us. 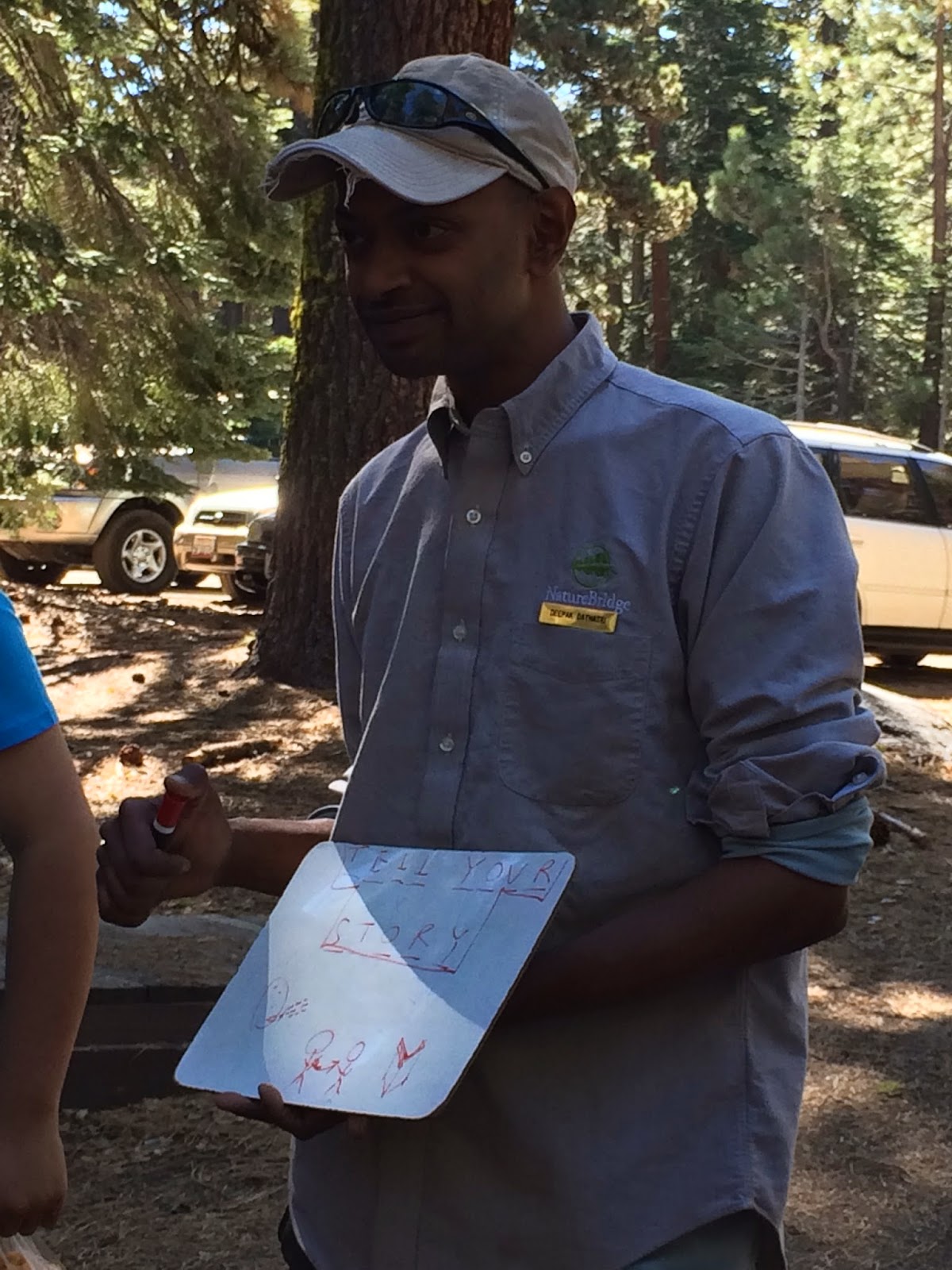 Mindful action brings dreams into reality.  Melissa dreamed that she could share what she sees in Yosemite; after initial attempts failed last year she found a way to succeed.  Achieving her goal required action, determination and resilience.  More than 100 years earlier, on April 23, 1910, Teddy Roosevelt (pictured below in Yosemite with John Muir) gave a speech entitled “Citizenship In A  Republic” at the Sorbonne in Paris, in which he said:

It is not the critic who counts; not the man who
points out how the strong man stumbles, or where the doer of deeds
could have done them better. The credit belongs to the man who is
actually in the arena, whose face is marred by dust and sweat and
blood; who strives valiantly; who errs, who comes short again and
again, because there is no effort without error and shortcoming; but
who does actually strive to do the deeds; who knows great enthusiasms,
the great devotions; who spends himself in a worthy cause; who at
the best knows in the end the triumph of high achievement, and who
at the worst, if he fails, at least fails while daring greatly, so
that his place shall never be with those cold and timid souls who
neither know victory nor defeat. 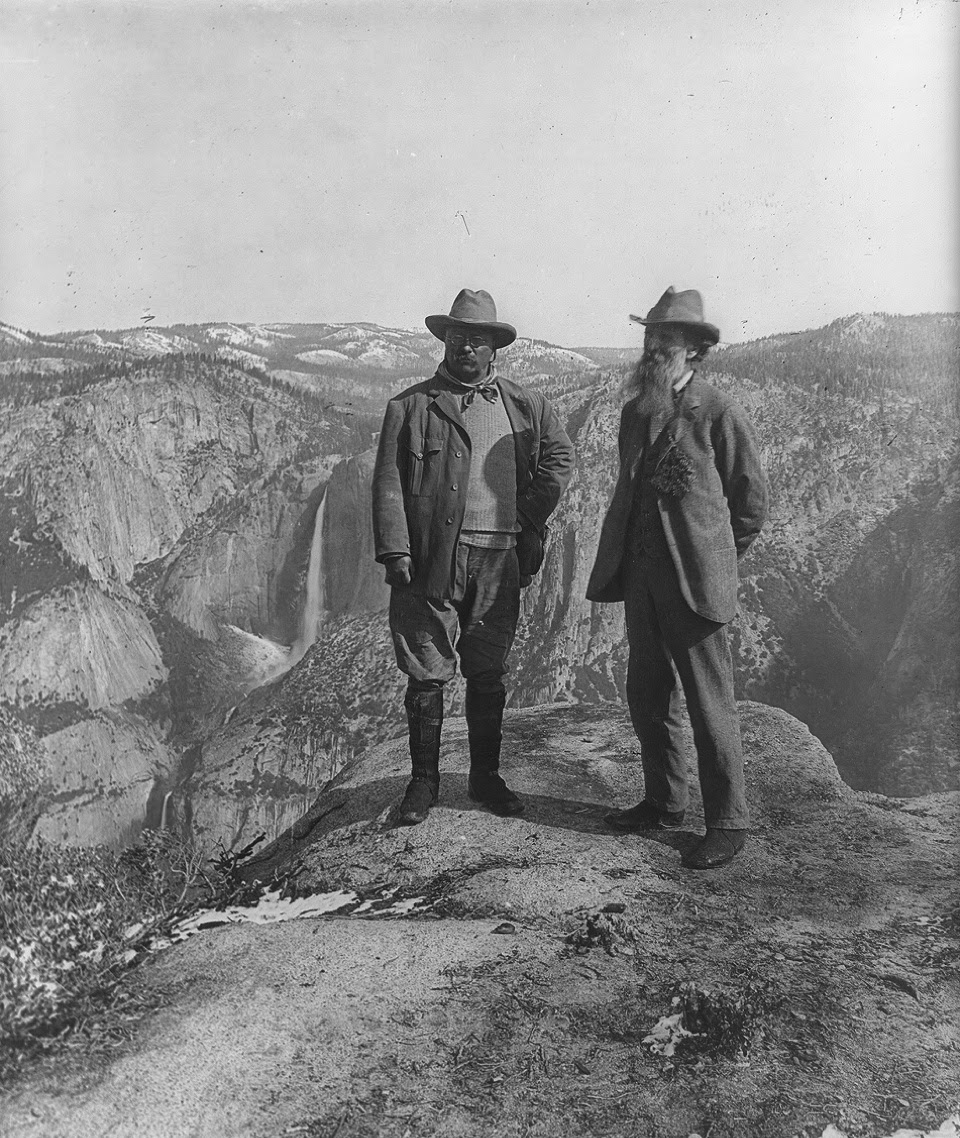 Whatever shape your Masterpiece took this semester, learn from the experience.  Take the risk.  Put your idea out there.  Fail.  Climb a rock.  Remember that there is glory in the attempt.  the gods will offer you chances. / know them. / take them.  Find the edge.  Be in nature.  Ask your question.  Make yourself constructively uncomfortable.  Be kind to someone who doesn’t know you and can’t/won’t ever repay you.  Go out into the world and give it your all.  Strive valiantly and spend yourself in a worthy cause.  Make your life–this day–a Masterpiece.  And tell your story.

You can always take a nap on the way home. 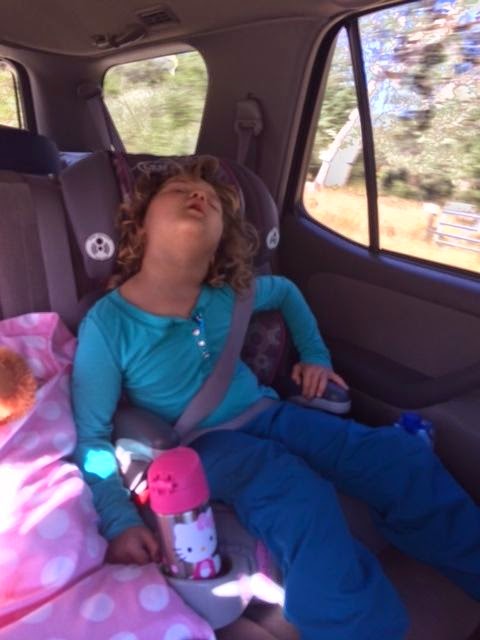 Thank you for a terrific year.